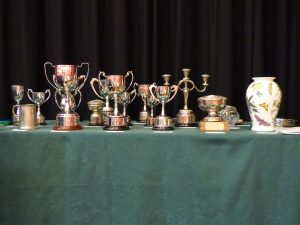 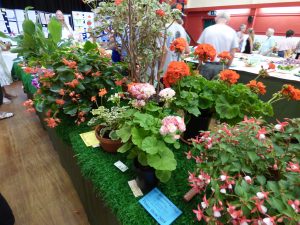 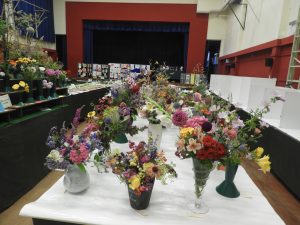 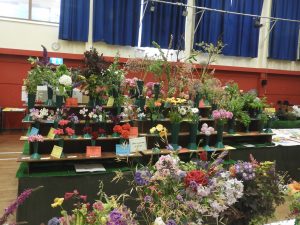 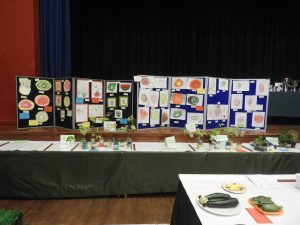 Box Amateur Flower and Produce Show has been a part of village life for more than 30 years.

The 2019 show was held on the 20th July at Selwyn Hall Box and opened by TV presenter and local celebrity Paul Martin.

The hall was full of entries in all classes including flowers, handicrafts and cookery. This year success with flowers, Section A, went to John Proctor who was awarded the Kettlety Memorial Vase.

The Haines Trophy for Pot Plants Best Exhibit, Section B, was awarded to Cynthia Thomas.  Cynthia also won the Charlie Helps Trophy for Section B5 Begonia, and the Parish Council Cup as Flowers and Pot Plants overall winner (sections A & B).

Cynthia Thomas with the Haines Trophy

and Cynthia with the Parish Council Cup 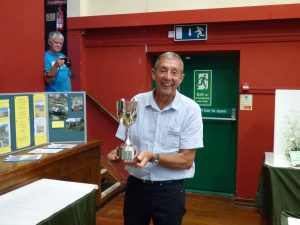 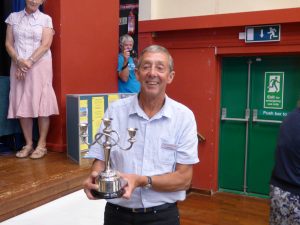 John with the Hewlett Trophy

The Bingham Hall Trophy for Section C12, My Vegetable Garden, was won by Pat Davies.  Pat also won Section J, Home Cooking for which she was awarded the Box W.I. trophy, Section K Home Preserves winning the Gardening Club Trophy, and was the overall winner of all classes receiving the Flower Show Trophy. 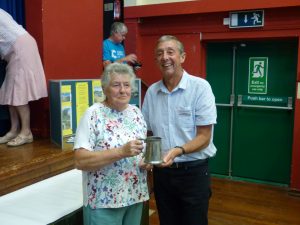 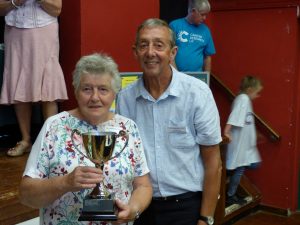 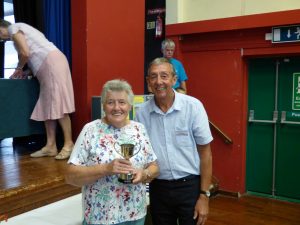 Pat with the Gardening Club Trophy

Steve Wheeler was the winner of the Banks Trophy for Section D, Fruit. 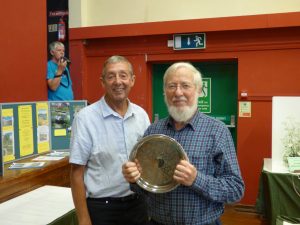 The Spafax Vase for Section E, Floral Arrangements, was awarded to Mary Hann.  Mary was also awarded the Vicar’s Cup for the best entry by popular vote. 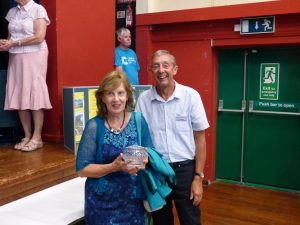 Mary Hann with the Spafax Vase 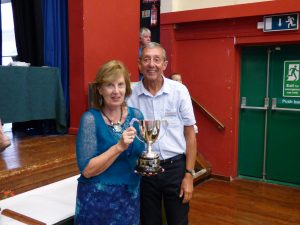 Veronica Wheeler was the winner of Section J6, Cake to Recipe and awarded the Boxlea W.I. Trophy. 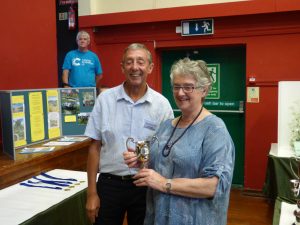 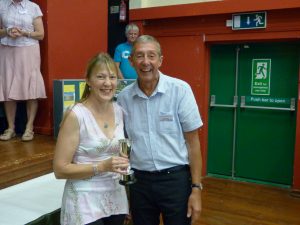 The Sheila Hockley Cup for Arts, Section M, was won by Kathryn Barstow. 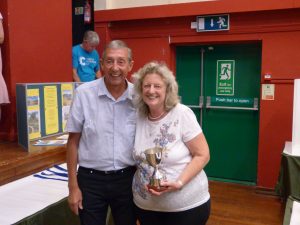 Kathryn Barstow winner of the Hockley Cup for Art 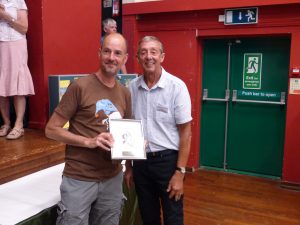 The Members Class for the best plug plant was Jill Finney who received the Members’ Shield. 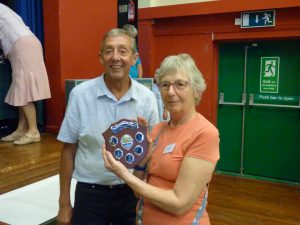 The children’s section was full of colour and interest medallions were awarded to each section winner.  There were no entries for Section F, Preschool.

The Newboult Trophy for Section G, Children Keystage 1 was won by Grace Lister.

The Biscoe Cup was won by Tom Ketteridge for Section H, Keystage 2.